We are based in Moraira, located on the Costa Blanca, just north of cycling hub Calpe. Moraira - originally a small fisherman's village - has become a beautiful small coastal town. It is a great place to stay all year round and also in winter it is a good base for a mountain biking holiday with live music, the Friday market, many bars, terraces and restaurants. Not surprisingly, most people that spent their holiday here, come back. The photos below give an impression of the village and the immediate vicinity.

Just off the coast lies a beautiful MTB terrain!

The Costa Blanca is well known as the training area for road cyclists. Ranging from recreational riders to the large ProTour teams, many of them come to places like Calpe, Altea and Benidorm to train. Which is quite logical counting the fact that the Costa Blanca is Spain´s area with the mildest winters and moderate summers. And the route profile ensures you will get your much needed interval training.

The Costa Blanca is less known for its excellent network of MTB tracks. But just off the coast lies a wealth of trails with different levels of difficulty, taking you through areas with little motorised traffic, generally on dirt paths or farm roads. For example: the Jalón valley - which is less than ten kilometres from Moraira - has 260 km tracks. And behind Benitachell - just five kilometres from Moraira centre - lies another 210 km tracks. And these are just the signposted routes!

The terrain on the Costa Blanca is very diverse and so are the styles of riding.

The close area around Moraira (say, the triangle from Denia to Calpe on the coast towards Jalón more inland) is especially good for cross country and trail riding. Rides are mostly on natural trails (i.e. not custom made for mountain biking). Each ride involves climbing but climbs are never too long or too steep, although there is the odd rock garden which makes descending fun / exciting. Trails are usually dry or dusty with a hard packed, rocky or gravel base. Anyone with a reasonable fitness will be able to do day rides of between 35 - 50 kilometers which allows for having fun on the bike and at the same time get to know the area in a way you can never parallel by driving a car.

Riders that prefer a more all mountain or even an enduro style of riding will also not be disappointed. Not too far away from Moraira (20 up to max. 45 minutes drive by car) are hills that offer longer climbs and consequently longer downhill single tracks. For example the Sierra de Bernia mountain range is the perfect terrain for anyone who wants to challenge him- or herself more.

Get in touch if you want to know more. We´d love to share our experiences! 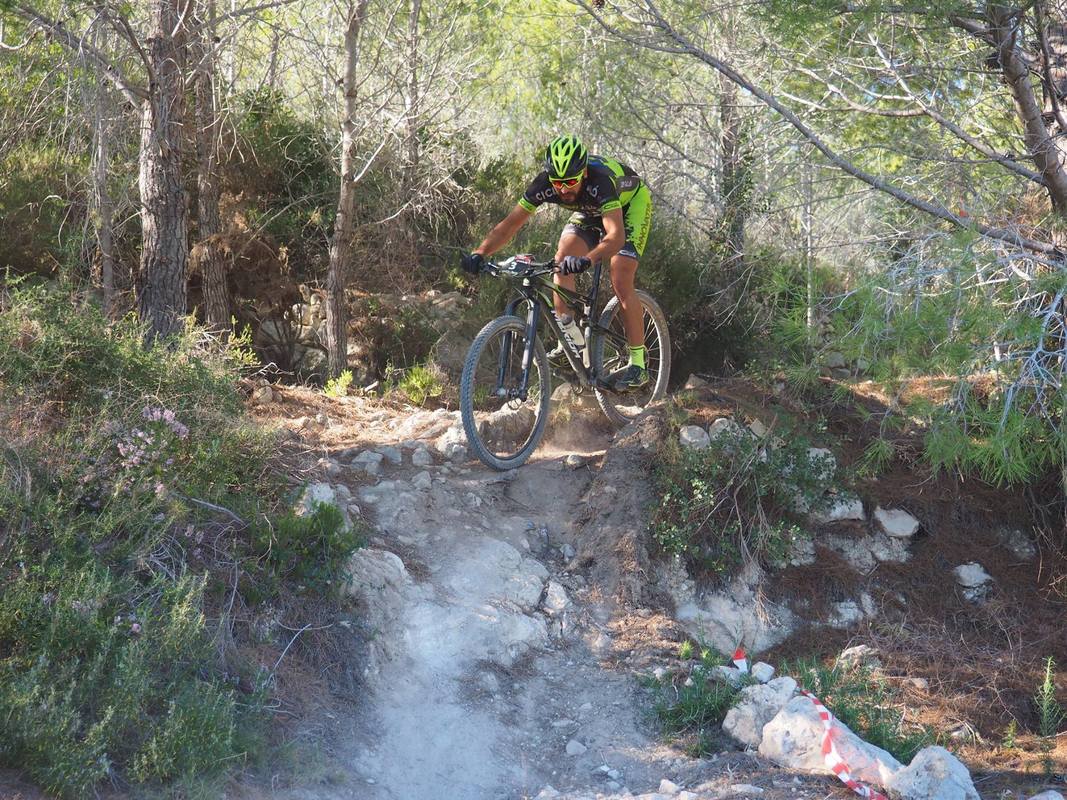